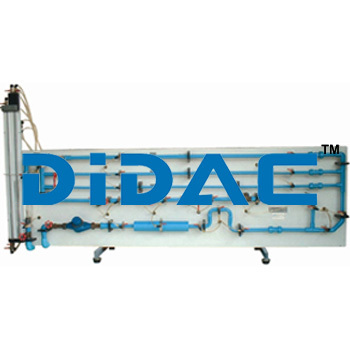 Friction Loss In Pipes And Fittings

The apparatus consists of a set of parallel pipes manifolded and valved so that a wide variation of flow circuits can be produced. Pressure tappings are provided at appropriate points so that measure-ments can be made of head loss over standard lengths of differing pipework, and various types of fittings as required. The first pipe which acts as a feed pipe to the four manifolded pipes, contains a variable area flow meter, a transparent venturi tube, an orifice plate assembly and an annular test section. Means are available to vary the rate of flow over a wide range. 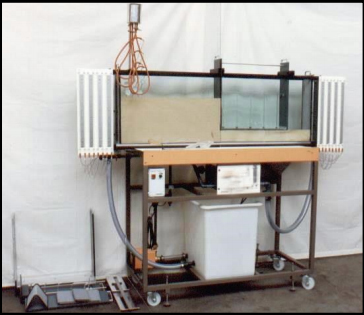 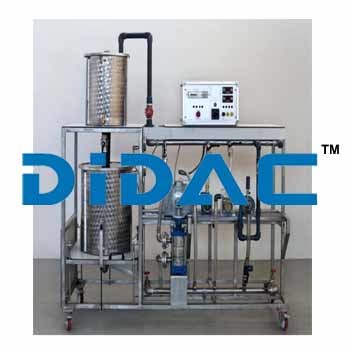 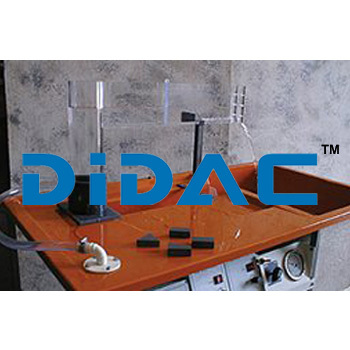 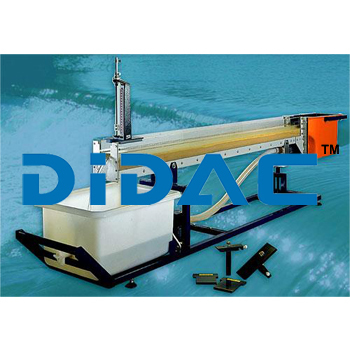