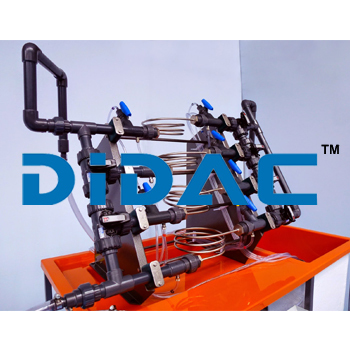 Description of Network of Pipes Apparatus:

The Network of Pipes Apparatus has been designed as an additional experiment for use with Hydraulics Bench, which provides the basic service module for the pumping and volumetric measurement of the water supply. The apparatus consists of a network of four coiled pipe elements and a differential manometer bank. The four pipe elements are located between a pair of large bore four branch valved manifolds which allow a number of series, parallel and series/parallel network configurations to be achieved. The manifolds incorporate pressure tappings which allow the pressure drop across each pipe element to be measured using the four 500-0-500 mm water differential manometer bank. The manifolds also incorporate valved discharge points which allow the network to be configured to represent various distribution systems including a ring main and a long distribution system.

Specification of Network of Pipes Apparatus:

An experimental pipe network providing the basis for experiments in the flow of water through series, parallel and series/parallel pipe configurations and to allow the investigation of the characteristics of various flow distribution models with up to four discharge points.

The network should allow up to four pipe elements of various diameters between 6.4 mm and 13 mm nominal bore to be used.

The network should be compact to allow it to be mounted on a water hydraulic service bench. Supplied complete with four 500-0-500 mm differential water manometers for pressure measurement. 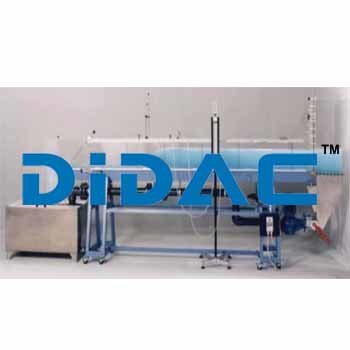 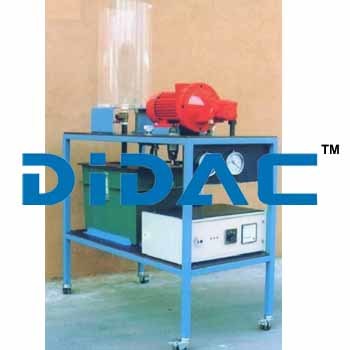 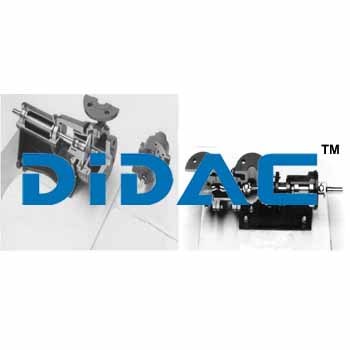