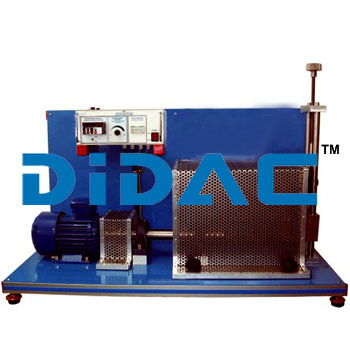 With this unit, it is possible to determine the basic principles of the fatigue strength testing.

On the lower panel of the unit, it is fixed an electric motor which axis is joined to an end of the test specimen (test bar) by means of a coupling. As well, this axis has a disc, which by means a device will count the number of turns of the motor.

The applied force can be directly measured using the spring balance.

In order to guarantee the force verticality, the system has two guides to avoid horizontal displacements during the transmission of stress.

Likewise, in order to assure the constant application of the load, besides of allowing the test specimen rotation on its axial axis, the system also permits the alignment of the coupling with the test specimen, due to the deformity suffered by bending.

Both the area where the test specimen is located and the motor axis outcome are covered with a protection cover, without it the unit does not work, since it is provided with a safety system to avoid accidents.

On the upper panel, the unit control box is mounted, containing: the main (on/off) switch of the unit; the cycle counter that shows us the quantity of turns the motor's axis carries out; the motor's speed control that permits us increase or diminish the turning speed of the electric motor; the motor speed display that shows us the frequency in Hz, which is being transmitted to the motor at every moment; and the on/off switch of the electric motor.

Other Products in 'Mechanics And Materials' category 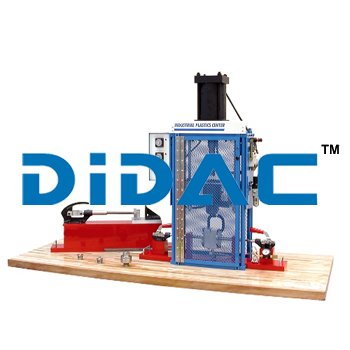 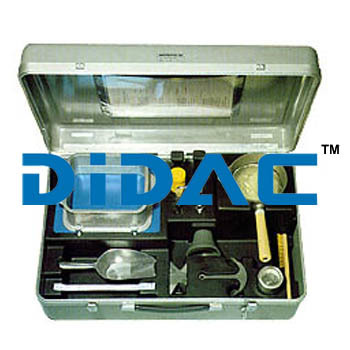 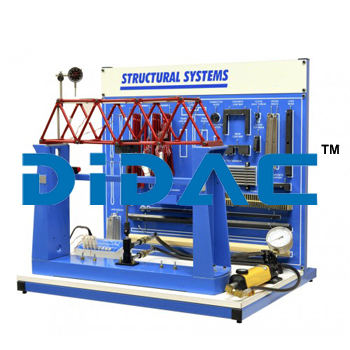 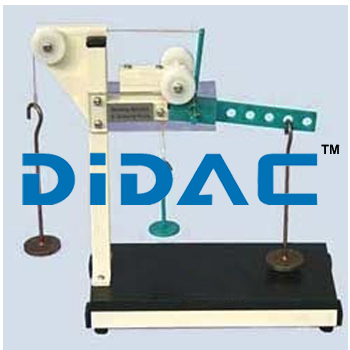